Retro Pickups: My haul from Italy

We had a holiday in Italy for a week, and there was a shopping centre within driving distance which has a GameStop. We went to this mall for a day and we’re given spending money.

So I got some games that you can’t get physically in Scotland (Much to my dissatisfaction), including Titanfall 2 and Superhot!

I also got Mighty No 9, which I heard a lot of negative things about, but it was only 5 Euros, so I thought why not…

On Thursday, my brother and I were packing our PS1 to bring to Italy with us and we’re packing the Crash Bandicoot games I have, Wipeout 3, The Tony Hawk games, Parappa the Rapper and some others.

I also decided to dig out my Gameboy Color, as I decided to bring that, and played some Pokémon Pinball, and I forgot how addicting that game was! It took me back to when I played it in high-school, and everyone gathered around me to watch me play it, even though it was old-tech even then!

Posted in Other Stuff, Retro Diary | Leave a comment

Le Petit Prince is printed in Scots for the first time

“ANOTHER classic literary tale has been given the Scots treatment as Le Petit Prince becomes The Wee Prince.”

This is brawsome! Mair an mair stuff are gittin pit ower in tae Scots this year! 😀

Source: Le Petit Prince is printed in Scots for the first time

My thoughts on the new Doctor

Okay, so for those unaware, the new Doctor has been confirmed, and will be played by Jodie Whittaker, making his the first female ro ever play the doctor… unless you somehow count the parody written by Stephen Moffat for Comic Relief 1999.

Personally, I’m not sure how I feel about the choice of the new Doctor…

END_OF_DOCUMENT_TOKEN_TO_BE_REPLACED

I’m done… After my current games are finished, I’m going to distance myself from the games industry for good.

I didn’t want to make such a post, nor do I think I would ever in my life be saying what I’m about to say in this article, but it’s gotten to the point where I just can’t take things anymore.

After my current projects are done, that is Tengist GD, Rossies 3D/Classic and Camerageddon, I’m going to stop associating myself with video games. I have no desire to go on.

Games are no longer an art form, but simply a business. It’s not about creating an enjoyable experience that will stick in the minds of those who play them, but simply a game, in…

On Sunday, my brother came into my room, and asked if I was busy.

I said I wasn’t, and asked why.

He said it’s because he came up with a game or sorts that will be a companion to the Tony Hawk games we play.

We basically have a bunch of cards telling us to achieve certain challenges and we get points depending on the challenge’s difficulty up to 3 points, and the first to 10 points wins.

The game works by putting the cards in a deck, and take turns to draw one. If it’s a challenge (there are other cards that award you an automatic point, lose you a point, deplete all of your points, skip a turn, etc.), that you draw, you decide whether you or another player does it.

The player that does it gets 5 tries to do it, and if they fail those 5 tries, each other player gets a shot each, and then the final player decides to either just take one point or try the challenge themself.

The game is designed to work with essentially any Tony Hawk game (even Pro Skater 5!) so the challenges aren’t specific to any level or character.

We had a few games of this on Tony Hawk’s Underground on the PS2, and we had a blast! I have no doubt that we’ll do it again!

and we did have another few games of it later that night.

On Monday morning, I played a bit of Tony Hawk’s Underground, just farting around, really.

On Tuesday, I played some Tony Hawk’s Underground 2 Remix pn the PSP while I was out.

I also played around in THUG1, and ended up doing an 8 million point combo!

New AVGN! This was a good episode!

The fifth Batman film that never was, Batman Triumphant

Very interesting article I came across! I’m doing research for a new post I’m making, look out for that! 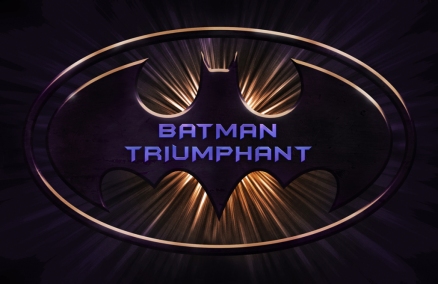 (image from http://www.batmantriumphant.com/)
It’s easy to shrug off these demons today, but back in the 1990’s, being a Batman fan was a gruesome pass time. What started as a celebration of the pulp comic book hero in Tim Burton’s 1989 film quickly became an exercise in marketing and merchandising. I’m no fool (I guess) so I realize that these films are released in the Summer so that families looking to escape the heat can cram into an air-conditioned cinema gulping on Coke-filled cups bearing Batman fighting a super villain and escape the world for an hour or two. I greatly appreciated Batman Returns when it was released but as a moody teenager I was the target audience so it worked. The Siouxsie and the Banshees song helped too. The third film was massively successful by continuing the trend of pitting Batman against two villains played by major film super…

On Wednesday, I played Tony Hawk’s Underground with my brother on the PS2, and we played Horse.

I guess you could call this a Horse of the Week, technically, but we never called it that, and the word is pronounceable, but screw it, I’ll put it under that anyway, because chances are, we’ll never see this kind of thing again in a long time…

The word today was:

Why? Because we were talking about when I get better at drumming (I’ve been practicing drums), and my brother playes Bass and Guitar, that we should do jam sessions, and discussing making mixtapes and stuff.

Anyway, we played 2 games, both of which I lost… my excuse was that I was playing Duolingo becauses I needed to keep my streak!

So I’m the Horse of the Week… or rather a Mixtape!

On Thursday, I played some Harry Potter and the Chamber of Secrets on the Xbox.

Later on, me and my brother played another game of THUG, and essentially upped our game, instead of Mixtape, we did:

We also played a game of Combo Mambo, a few games of Graffiti and 3 game’s of King of The Hill, which is our new favourite game mode!

On Saturday, we had another late night session of THUG1, we played some more games of King of the Hill, most of which were in Hotter than Hell.

A blog documenting my gaming life.