Archive for the ‘5 word impressions’ Category

Hey guys, I’ve watched every single 007 film, From the 1954 Casino Royale to Spectre, all in one big marathon and I have recorded my reactions for every one, all summed into 5 words each!

Are you ready? Go!

END_OF_DOCUMENT_TOKEN_TO_BE_REPLACED

First thing’s first: Yes, I’m still alive! I just haven’t had anything to post in a long time…

Okay, anyway, I’ve been to a retro gaming cafe known as “Megabytes”, which is a great place, everyone should visit if they’re ever in Glasgow.

So I’ve decided to try out this new feature I wanted to do called “5 word impressions”, where, as the title says, I give my impression of a game in exactly 5 words! In the end, I’ll give a rating of my experience out of 10, which won’t count towards the word count.
I might end up changing the name later, though, since I don’t like the title as it is, so it’s a placeholder.
The idea was inspired by a radio station I used to listen to (that sadly isn’t around anymore) called “Rock Radio”, where they gave the weather forecast in 5 words, called “5 Word Weather”. (See what I mean? That’s a better title!)

Anyway, without further delay, let’s start on the games I tried out! Bear in mind, though, I only got to try these for 5-10 minutes each, so I didn’t get time to try them out in full. 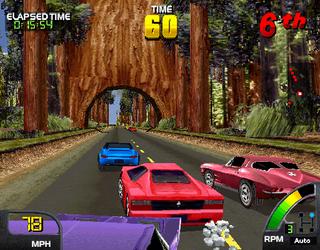